The 2014 Roof of Africa took place in the Maluti Mountains in Lesotho last week end where 383 competitors entered this gruelling event well known internationally as the Mother of all enduros.

Michael entered the Bronze category where he was up against 95 local riders plus 7 international riders.

Day one started with the round the houses where riders ride around Maseru entertaining the local people who came to watch this international event. From there we headed out to the start finish where the time trial took place to get the starting orders for the following day. Michael started 3rd row to the back of the start and at the end of the day was 29th fastest.

Early morning start on day 2 was exciting in the stunning mountains of Lesotho. After the start we headed out to the DSP point where we had to wait for the riders to come through for fuel and nutrition. Michael came through in a good time but was dealt with a blow as he had hit a rock not far from the DSP which cracked his clutch housing and cover. Oil had drained out of the housing and we thought the race was over. Fortunately RAD Moto KTM was not far away and we were able to get spares from them. Not only this they took the bike and the RAD Moto mechanics did the repairs for us. This was unbelievable and could not thank RAD Moto enough for this outstanding service to us.

This left Michael about 1,5 hours behind which meant he had a lot of work to do. After Michael continued he went out on a mission to catch up lost time. I stopped at a spectator lookout point called Bush mans pass on the way back to the start finish. Thinking I had a long wait, I was shocked to see that Michael had made up about half an hour in this stretch as he came through the point like a flash. He continued with this and ended the day by catching up all that he had lost leaving him 12th overall for the day.

Day 3 started well and all that Michael had to do is finish the race. Michaels riding partner Neil Curtis who had trained with Michael and had ridden most of the race with him, was a big inspiration to Michael and when times were tuff they spoke one another through the enduring moments to get them through. It was truly a remarkable finish as Neil had fallen of his bike at the bottom of the hill before the finish line. As Neil had helped Michael, Michael helped Neil get back on his bike and Michael proceeded up the hill to the finish. It was not over. As Michael got to the finish line he stopped a few meters away with the crowds cheering him on to finish when he shouted out “I AM NOT MOVING WITHOUT NEIL”. Michael was at this stage 9th when another rider past him at the finish line to take the 9th spot. However he was not budging without Neil. Neil approached the finish line where they both went over the line together bracing each other as they finished a well deserved finish.

We want to thank SA Lubes for supplying us with the lubes and chemical cleaners throughout the year making sure the bike runs on the right technology for optimal performance during the enduring events entered this year. The cleaners kept the bike sparkling clean at all times and certainly made life easier when cleaning the bike after muddy rides. We appreciate your support and thank you for all that you have done. 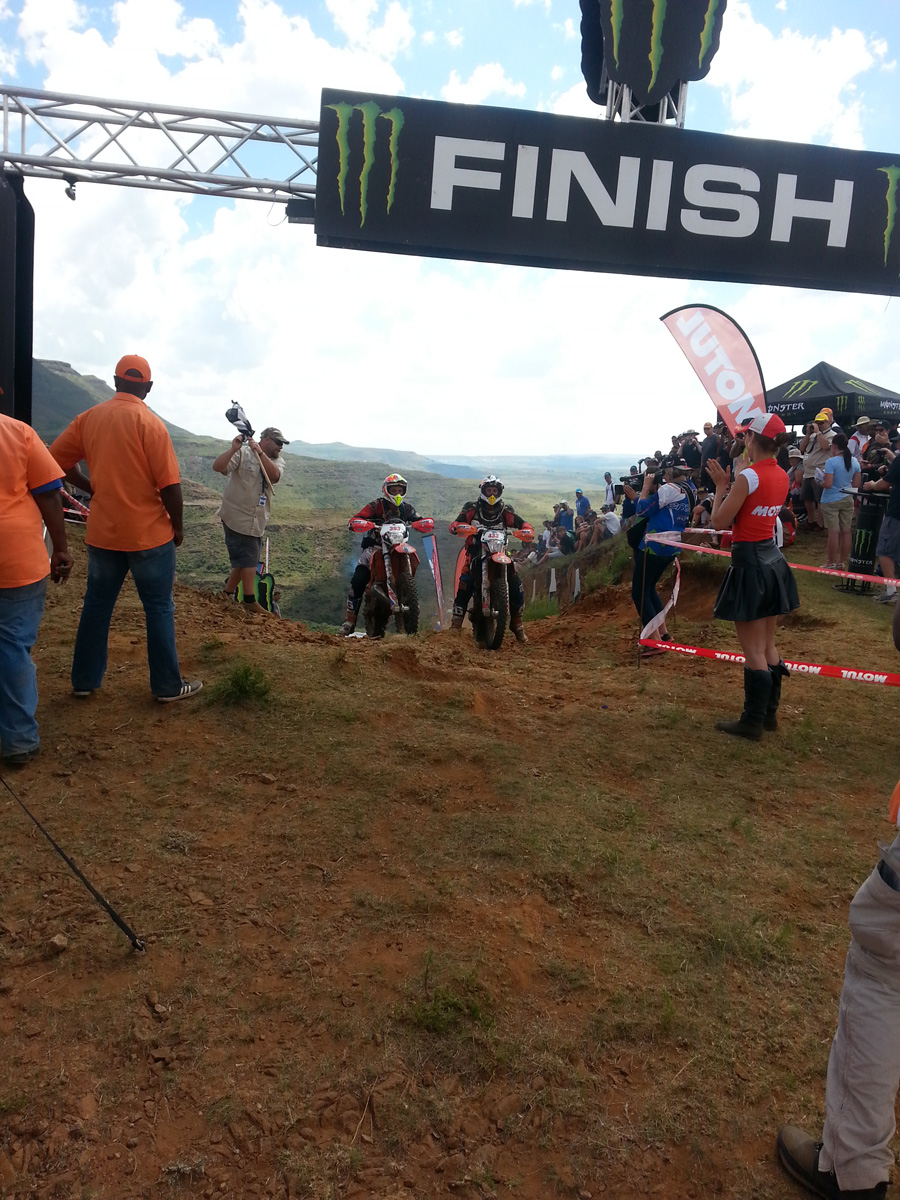 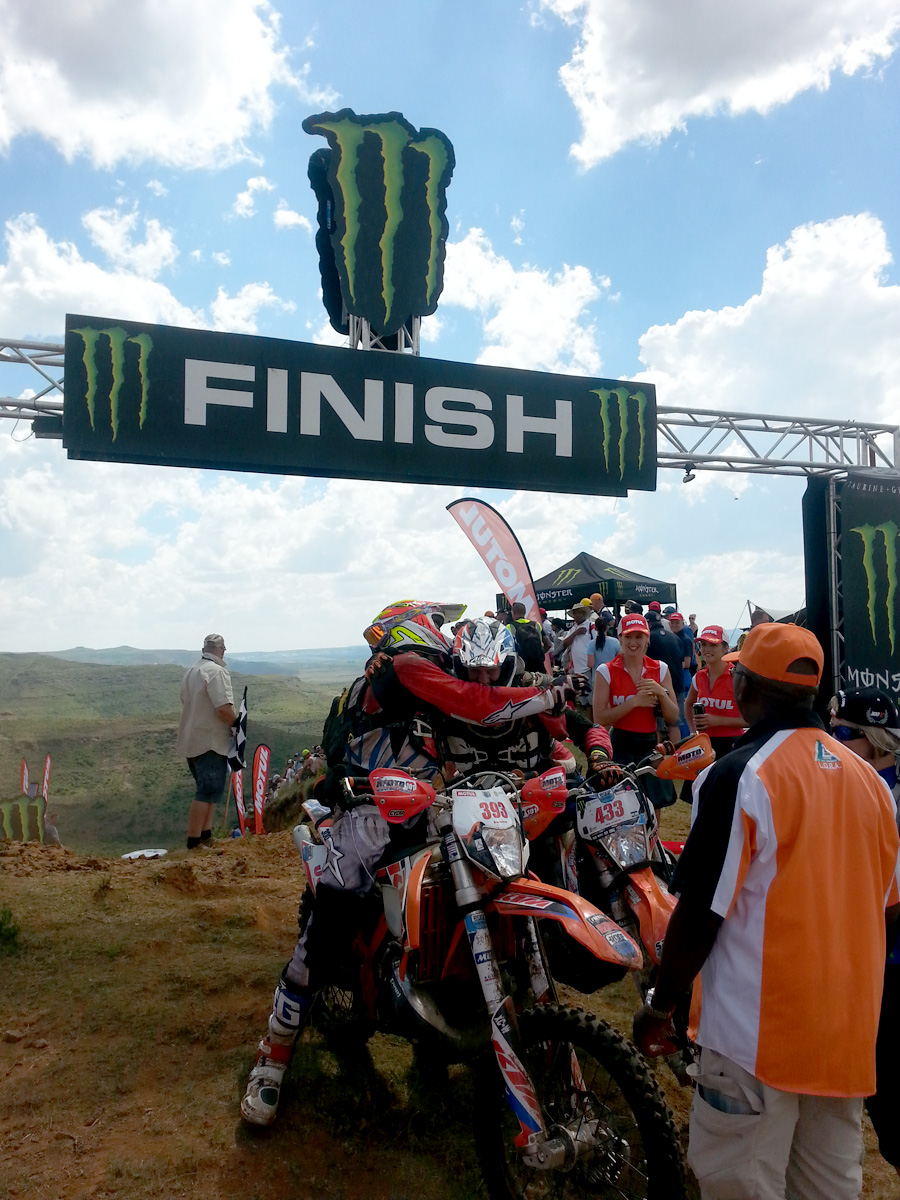 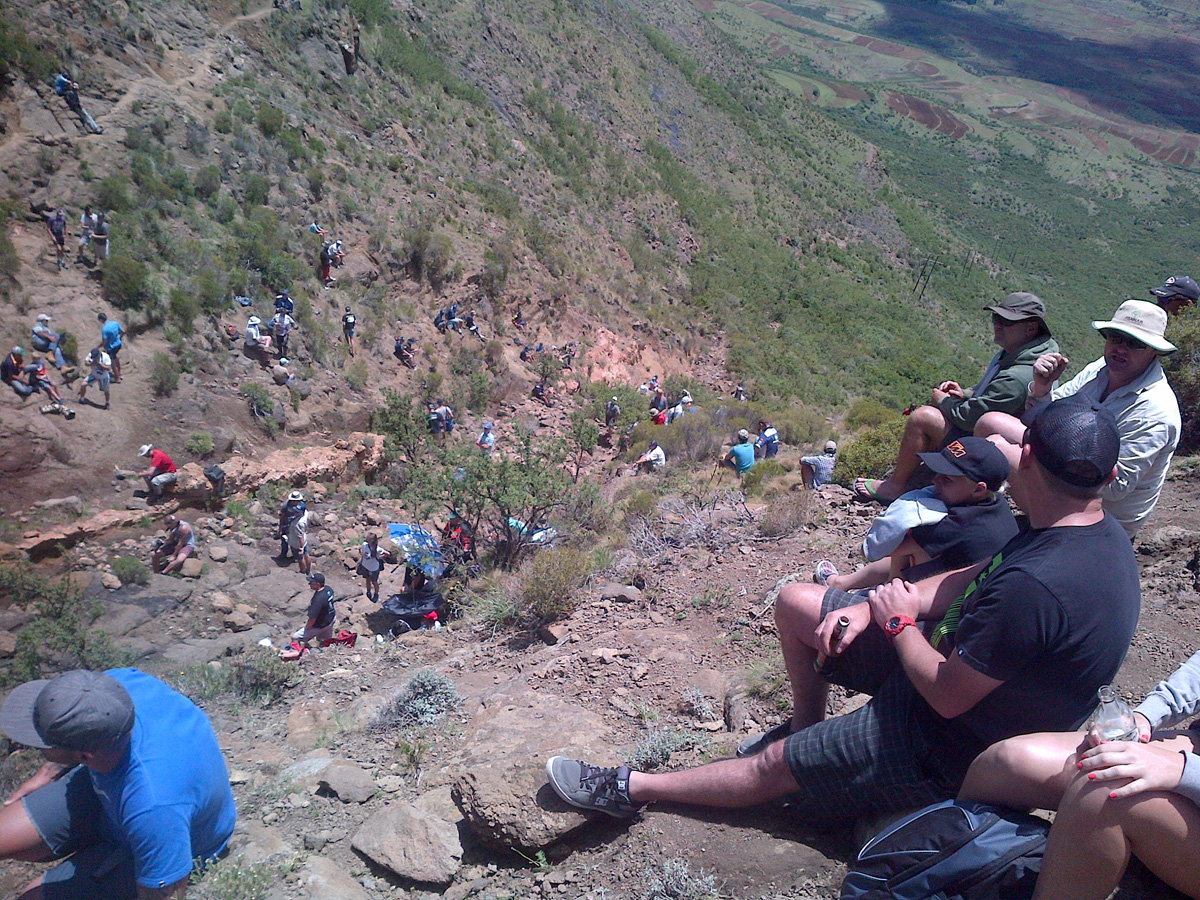